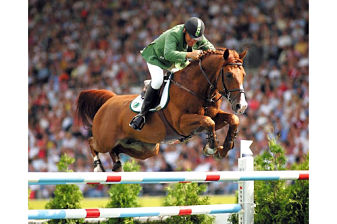 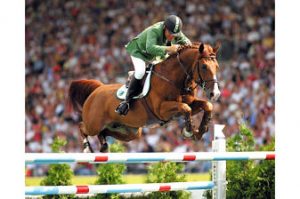 ⦁ Zuidpool x Zeus
⦁ Winner of the World Cup Final in Gothenburg and of the Individual and Team Silver Medal at the European Championships. He placed 2nd in the World Cup Final in Las Vegas and he won the Team Silver Medal at the Olympics of Sydney. He also won several Grand Prix like Aachen, London, Bordeaux, Dublin, Berlin, etc. He won a total sum of 2,5 million Swiss Frank (almost 1.9 million Euro’s). He has sired many successful progeny including the famous Tinka’s Serenade.