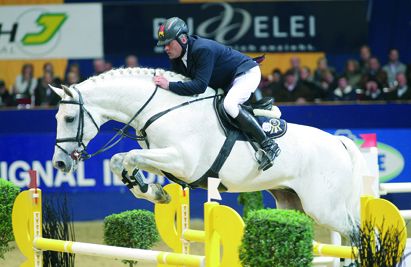 ⦁ Carolus I x Calypso II
⦁ Clinton II is sired by one of Holstein’s most successful sires, Carolus I. His mother Waage also produced his full brother Clinton I and his full-sister Hirtin (alias Chica Bay), dam of “Sire of the World” champion Levisto Z (Judy-Ann Melchior). This Holstein motherline 4965 revealed also international talents like Zandor Z, Poor Boy, Padua and Holstein’s 2008 approval champion Cantoblanco. Due to his long and victorious sport career with Alois Pollmann-Schweckhorst and then Sang-Wuk Song, Clinton’s breeding career started only in 2007 which means that his offspring are rare and still young. He passes to his offspring an outstanding canter, a chic model and his famous scope which Paul Schockemöhle claimed to be “unlimited”.

Straws are located at CryNZ and delivery is payable directly to them.